And Then There Were 3

The big Wireline and Wireless providers continue to shrink 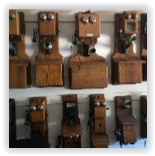 The wireline and wireless market continues to contract.   It started in 2001 and has been a steady downward consolidation since.   Yesterday (April 15th) Nokia agreed to purchase Paris based giant Alcatel-Lucent for $16.6 billion.

The next closest company in size in this space is less than $10 billion.   Still respectable but a long way from the days when Lucent and Nortel and others dominated the telephone equipment market.

The combined Nokia/Alcatel Company will rank a strong second in mobile equipment, with global market share of 35 percent, behind Ericsson at 40 percent and ahead of Huawei’s 20 percent, according to Bernstein Research.

Posting on the Nokia Web site:

Helsinki & Paris, April 15, 2015 – Nokia and Alcatel-Lucent announce today their intention to combine to create an innovation leader in next generation technology and services for an IP connected world. The two companies have entered into a memorandum of understanding under which Nokia will make an offer for all of the equity securities issued by Alcatel-Lucent, through a public exchange offer in France and in the United States, on the basis of 0.55 of a new Nokia share for every Alcatel-Lucent share. The all-share transaction values Alcatel-Lucent at EUR 15.6 billion on a fully diluted basis, corresponding to a fully diluted premium of 34% (equivalent to EUR 4.48 per share), and a premium to shareholders of 28% (equivalent to EUR 4.27 per share) (see Appendix 1), on the unaffected weighted average share price of Alcatel-Lucent for the previous three months. This is based on Nokia’s unaffected closing share price of EUR 7.77 on April 13, 2015.